A Q&A with Oren Cass 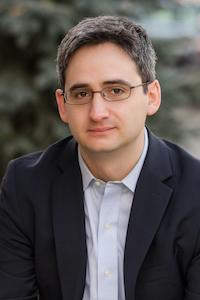 Oren Cass is a member of the WorkRise Leadership Board. Cass is the executive director of American Compass, whose mission is to restore an economic consensus that emphasizes the importance of family, community, and industry to the nation’s liberty and prosperity. Before founding American Compass, Cass was a senior fellow at the Manhattan Institute for Policy Research, the domestic policy director for Mitt Romney’s 2012 presidential campaign, and a management consultant in Bain & Company’s Boston and Delhi offices. He is the author of The Once and Future Worker: A Vision for the Renewal of Work in America.

In this interview conducted by Elisabeth Jacobs, WorkRise’s interim executive director, we discuss Cass’s views on the current economic crisis, the ways society has come to devalue certain kinds of labor, and the need for alternative pathways to college. This interview has been condensed and edited for clarity.

Elisabeth Jacobs: How has the pandemic and the economic shutdown shaped your thinking about the American worker, particularly those who’ve lost connections to employers or are at risk of dropping out of the labor market entirely?

Oren Cass: The pandemic is unique in many respects as an economic phenomenon. Typically, in an economic downturn, the challenge is getting the economy moving again as quickly as possible. But that’s not what we’re trying to do right now. With the pandemic, we’re in this incredibly unprecedented policy environment. But afterwards, we’re going to find ourselves where we’ve been repeatedly: coming out of a recession in a very weak labor market.

Hopefully we’ve learned from the Great Recession and the incredibly slow recovery. Looking medium to long term, the reality is that, in our system, we get these business cycles that eventually produce tight labor markets and start the good outcomes we hope for, but they’re not sustained. It’s important to think about the economic challenge not in cyclical terms, but in secular terms, of what’s been going on throughout business cycles and crises, and we need to be reforming on that basis.

EJ: Can you say a little bit more about the idea of business cycles producing unsustainable versions of tight labor markets?

OC: At the beginning of the pandemic, there was triumphalism in the idea that as long as we get strong economic performance and push down that unemployment rate, things start to look better; you get wage growth at the bottom, more investment in training, hiring straight out of prison. So the solution to all of our labor market woes is to have a healthy economy and a tight labor market.

Things are good when we’re at the top of a business cycle. But if we zoom out, we have to recognize those conditions are not persistent. Coming out of each recession, we tend to be worse off than we were coming out of the one before. Looking over the past 20 years, the unemployment rate has been over 5 percent twice as often as under 5 percent. So, rather than write off weak periods as blips and celebrate strong periods as the true economy, we must look at what’s been happening regardless of where we are in the business cycle.

EJ: How would you have characterized the labor market before the crash?

OC: You have to distinguish levels from trends. The trends looked very good. Wage growth was hot, there was significant investment. But at the same time, that was occurring off of incredibly depressed levels—obviously strong wage growth is preferable to no wage growth. But the number of years of strong wage growth we need to make up for the stagnation of recent decades is almost prohibitively long.

And if you think about the jobs we’re creating and the macro health of various industries, it’s terrific to see low-wage service jobs are generating pay raises, but that’s not the same thing as seeing the birth and growth of entire new industries and sectors and opportunities that will provide the basis for longer-run prosperity. All we actually care about and have to be holding ourselves accountable for are much longer-term things that we won’t get out of a year or two of a good business cycle.

EJ: Speaking of the last recovery, what lessons should we learn from it, based on your point that the economy was in such a poor state coming out of the Great Recession?

OC: The central lesson underlying a lot of these challenges is that labor markets adjust slowly. You can do damage to them quickly, but you can’t ask them just to bounce back, like the market for avocados. A lot of our economic models and assumptions in policymaking, whether it be the effects of trade or the effects of deep recessions, say that the employed person who becomes unemployed will quickly become reemployed. However, we’ve seen that disconnection from the labor force is traumatic, not easily reversed, and, in fact, the longer the disconnection persists, the harder it is to reverse. Whether it’s industry based or geographically based, declines that produce a vicious cycle are very difficult to break.

EJ: How has the notion and the narrative around work changed?

OC: The central questions are: what is the purpose of work, and what are the rewards of work? If we think about the compensation bundle someone would historically have received for working, components of it are monetarily valued in the pay check, and other components are more stability related—the work provided a basis to build a life. And, certainly, organized labor and the role of unions would have played a role. Then you have reasons to work and benefits associated with work that have to do with cultural considerations, like the defined set of one’s obligations, duties, and responsibilities.

Historically, we have defined getting a job—being a productive contributor to your community, supporting yourself and your family—as an essential expectation placed particularly on men, and men who did were rewarded with significant social status and respect, regardless of how large the paycheck was. We’ve allowed that to erode, both in a cultural valorization of a very narrow set of elite jobs and a denigrating of other jobs as “dead-end.”

EJ: How do employers fit into this notion of work being devalued?

OC: Expectations placed on corporations and employers with respect to their obligations to workers have given way to a shareholder primacy model that explicitly disavows the idea that an employer has actual substantive obligations to anyone except investors. And then, in parallel, came a model of globalization that said employers, as firms, and business people, as entrepreneurs, had no particular obligation to their fellow citizens and had the opportunity to employ people outside the country at much lower wages or bring people in from outside the country to employ at much lower wages.

A lot of our economic models and assumptions in policymaking, whether it be the effects of trade or the effects of deep recessions, say that the employed person who becomes unemployed will quickly become reemployed. However, we’ve seen that disconnection from the labor force is traumatic, not easily reversed, and, in fact, the longer the disconnection persists, the harder it is to reverse.

EJ: How did we get a labor market where a worker’s ability to move up from a low-wage job is extremely difficult?

OC: The policies we pursued and the cultural shifts that followed devalued the idea of work as important, or, frankly, the idea that the labor market mattered, in favor of a model that said, “as long as, in aggregate, we are generating growth and output, at the end of the day, everybody will be better off.” Those left behind could always be redistributed to.

On its own terms, this worked. The economic pie is bigger than ever, everybody has more pie at every point on the socioeconomic continuum. Material living standards are higher than ever. But what’s missing is an economy that structurally provides good opportunities for people in all different places and different aptitudes to be productive contributors and supporting their families.

And we have come to realize that was a big oversight. We probably need to rethink some of the trade-offs we made that were terrific for driving very high levels of consumption, but not in a way that actually created an inclusive economy.

EJ: In a high-growth economy, where living standards are higher for everyone, is inequality the main issue, or is it the ability to have better job opportunities and move up the income ladder?

OC: Our definition of inequality probably needs some work. If we have a labor market with very unequal outcomes and we redistribute to those receiving lower wages, then the after-tax consumption at the end of the day is relatively more equal. Does that mean we’ve done anything about inequality? In one respect, yes, but we haven’t focused on the dimension we should be concerned most about: what are people’s roles in the economy and society, and who feels they are a meaningful contributor and can build a good and dignified life?

We should also be concerned about opportunity, and how inequality intersects with opportunity is more about equality in society, not just consumption equality (ensuring we can all buy the same goods and services). To ensure everybody has opportunity, just redistributing to people getting paid lower wages isn’t going to do that.

It’s also important to distinguish opportunity from mobility. Obviously, upward economic mobility is a good thing. You don’t want to lock people into a station in society, unable to realize their potential. From a sociological perspective, though, what is most meaningful as opportunity isn’t the kind of perfect mobility that’s based on a measurement of what quintile you’re born into or end up in, but a more absolute opportunity of “can I find a place for myself, do something I am good at, build a life and raise a family with some stability in the place where I want to be?”

I also question the soundness of our focus on college as the only vehicle for upward mobility. The idea that we were going to create perfectly equal opportunity in upward mobility has also produced this obsession with the college-for-all model and pushing as many people through college as possible, believing they’re going to be successful.

But, we just sort of ignore everybody left behind, and the reality is, most people are. Most Americans still don’t earn a community college degree, and only about one in five actually go smoothly from high school to college to career. Even among those who complete college, close to half end up in jobs that don’t require their degrees. We need to focus our attention and investment on alternatives and, frankly, to make college less attractive as this amusement-park entitlement for everyone around the age of 20.

EJ: As we begin defining a research agenda for WorkRise, what are areas we need to focus on?

OC: We think we know on an aggregate level the earnings of people with various levels of education, but we haven’t gotten beyond that. We also need to know more about whether specific partnerships between firms and community colleges or coalitions of employers could be replicable and scalable.

We also don’t know what firms are doing with training. We have a picture of what it means to move through the education system and the labor market and acquire skills—how that is done well and what outcomes it produces. And the quintessential example is that we don’t know how people learn to do their jobs. Having knowledge about how people learn to do their jobs would give us insights on how to best train people for better-paying jobs, and that has huge implications for opportunity and mobility.