Supporting a Workforce That Makes All Other Work Possible: A Q&A with Palak Shah 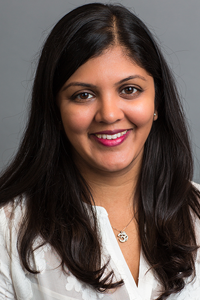 Palak Shah is a member of the WorkRise Leadership Board. Palak is the social innovations director of the National Domestic Workers Alliance (NDWA), the nation’s leading organization working for the power, respect, and dignity of the 2.5 million nannies, housekeepers, and caregivers in the US. She is also the founding director of NDWA Labs, the innovation arm of the domestic worker movement. Shah is a leader in the movement for workers’ rights in the new economy, a thought leader on the future of work, and a social entrepreneur. Her groundbreaking work at NDWA wrestles with the ways technology can be harnessed to benefit workers, centering them in innovation and change. She currently serves on the advisory councils of the Institute for the Cooperative Digital Economy and the Institute for the Future’s Equitable Futures Lab. She previously served for two years as a Beck visiting social innovator at the Harvard Kennedy School and as a job quality fellow with the Aspen Institute.

In this conversation with Elisabeth Jacobs, WorkRise’s deputy director, Shah sheds light on the domestic care workforce and discusses how the pandemic revealed the deep inadequacy of the social safety net for workers who “make all other work possible.”

Elisabeth Jacobs: How do you define domestic workers? Who are these workers?

Palak Shah: Domestic workers are the nannies who take care of our children, the housecleaners who clean our homes, and the home care workers who care for our elderly or disabled loved ones in their homes. There are nearly 2.5 million domestic workers in the US: 91.5 percent of this workforce is women, and more than half are women of color and immigrants. They work behind the closed doors of private residences, which introduces unique challenges to improving workplace conditions and organizing workers.

The workplace conditions of domestic workers today are the result of racial and gender discrimination. The work of the home was traditionally “women’s work” and, as such, not considered professional or skilled work. In addition, some of the first domestic workers in the US were enslaved African women, and this legacy is seen in the workforce today, both in the disproportionate number of Black women in this workforce and in the exclusions of this workforce from legislation that established workplace rights and protections in the 1930s.

It is actually the labor of domestic workers that allows for all other work to happen in the economy; we rely on a care economy to provide the essential care we need in the home so others can work outside the home.

EJ: Tell us about the history of the domestic worker movement.

PS: The domestic worker movement is fighting for the respect and dignity they deserve. Domestic work has its roots in slavery and has evolved into an unregulated “floorless” market. A lot of the foundational labor laws and protections we have in this country emerged around the 1930s and the New Deal, but domestic workers were specifically excluded from these protections as a concession to Southern lawmakers who didn’t want them extended to Black Americans. The only two groups of workers excluded from all of those laws were domestic workers and farm workers. There is a direct line from the legacy of slavery to the reason domestic work is unprotected and undervalued today, both in economic terms and cultural terms.

EJ: How has the COVID-19 crisis affected domestic and care workers? And, more specifically, how do you square the national discourse around essential workers with what they are experiencing on the ground?

PS: The COVID-19 pandemic has been catastrophic for domestic and care workers. When the COVID crisis hit, we began using weekly surveys to ask workers about what they were experiencing, to get a pulse on how they were faring. We found that one week, people had work, and then, literally the next week, 7 out of 10 domestic workers had lost all of their income. By late March, 90 percent of workers had lost jobs because of COVID-19, which is a massive shift in jobs and the joblessness levels.

These surveys were possible through La Alianza, a chat bot created out of NDWA Labs, the innovation arm of our movement. Using La Alianza, we have aggregated almost 250,000 Spanish-speaking domestic workers, who we are able to communicate with regularly, making this one of the single greatest breakthroughs in organizing domestic workers. For generations, domestic workers have worked offline, in the shadows of the economy, in an informal and largely cash market. Without La Alianza, and the power of the internet, it would be virtually impossible to quickly gather real-time data on the effects of the pandemic on this workforce, helping us understand the crisis as it unfolded.

Read 6 Months Into the Crisis: The Impact of COVID-19 on Domestic Workers for the full results of NDWA’s survey of domestic workers during COVID-19.

EJ: What major issues or themes are you seeing emerge from these weekly surveys?

PS: Domestic workers need a safety net. When we see a workforce essential to our society and an economy experiencing job loss as quickly as the domestic workforce did, we must create an intervention to increase the resilience of this workforce.

Domestic workers have historically been invisible in our economy, yet they are holding up the economy. Now the spotlight is on how essential those workers are and how essential low-wage workers exist in a variety of contexts: grocery stores and other retail contexts, health care response, and domestic work. More people are seeing how little protection these workers have, if they have any at all. The pandemic has exposed the lack of safety nets in a visceral way that people can understand—despite advocates and workers saying this for decades. We’re not going to be able to unsee what we’ve seen, how inadequate and uneven the safety net has been.

Domestic workers need a safety net. When we see a workforce essential to our society and an economy experiencing job loss as quickly as the domestic workforce did, we must create an intervention to increase the resilience of this workforce.

PS: Yes! We pivoted our portable benefits platform, Alia, to become the technical infrastructure to deliver emergency cash relief to workers on the frontlines of the pandemic, especially those excluded from governmental relief.

Alia is a safety net platform for domestic workers. Our first version of Alia enabled domestic workers with multiple employers or clients to receive benefits in proportional contributions from each employer, which, when aggregated, can be used for paid time off or to pay life insurance premiums. This is a real breakthrough for domestic workers who don’t have access to the safety net and are vulnerable to interruptions in their income. Alia was developed by and for our members, as opposed to a Silicon Valley–based app developer, and we think of it as one of our levers for disrupting unequal power and inequality.

When we saw the impact the pandemic was having on domestic workers, we developed our second version of Alia to provide the technical infrastructure for delivering cash assistance to workers. NDWA raised a Coronavirus Care Fund to provide economic relief to domestic workers, but delivering payments to workers in the margins of the economy is very difficult. Our learnings from Alia Benefits allowed us to quickly adapt the infrastructure we had built for our benefits platform to deliver direct, urgently needed cash to workers.

Having a working solution enabled us to be a focal point for others also working to provide economic relief to workers, and we worked with funders and local governments to deliver privately raised funds to frontline workers for cities including Tucson, Arizona, and Philadelphia, Pennsylvania.

EJ: Do you consider domestic care work as one with potential for economic mobility? Do these jobs function as entry points for better opportunities down the road?

PS: We need to consider care as critical infrastructure that is required both in society and in the economy. At NDWA, we have always said that domestic work is “the work that makes all other work possible,” and the pandemic has showed us all that domestic work is essential. The question, then, needs to be, “How do we make these jobs into good jobs?” These jobs must absolutely be good jobs in and of themselves and not simply a not-so-good weigh station to another, better job.

Domestic work is the future of work. The robots are not coming for these jobs, because robots can’t care and express empathy in the way required for the work of our homes. And care jobs are some of the fastest growing occupations in the coming decade. As we live longer and prefer to age in place and as more families with two working parents need care for young children and elderly parents, we need to invest in a strong, resilient, and growing domestic workforce.

The bottom line is, when someone is barely making $15 an hour, there is no way they are going to be able to pay somebody else $15 an hour to care for their own children or parents, considering most everybody, at one point in their life, needs care. There is no way we can truly transform this industry without collective societal investment. This cannot and will not be solved in the market alone.

We need to consider care as critical infrastructure that is required both in society and in the economy…. The question, then, needs to be, “How do we make these jobs into good jobs?” These jobs must absolutely be good jobs in and of themselves and not simply a not-so-good weigh station to another, better job.

PS: I think it would be really helpful to understand how norms, conventions, and markets get set, and what the magic formula between culture, policy, and economics really is. Creating real change—especially in areas where norms have been set that create a counter pressure to the change we need—is much more complicated than simply proposing a new alternative. We’ve learned we need to approach the problem with multiple strategies because the layering of issues, such as race, gender, and immigration status, creates a complexity that means no single solution will suffice.

In disaggregated labor markets such as ours, even when we do pass laws, the next challenge becomes how we enforce those laws when we don’t know which homes are workplaces and where caregivers are going to work. So, even with a policy intervention, you still have challenges around enforcement. We’ve learned from history that you can pass all kinds of laws, but if you don’t work on changing hearts and minds, you’ll never achieve the transformation we need.

I am firmly convinced that no single lever alone is going to make the transformative change we need: the solution to the care crisis is going to involve multiple disciplines. There are many different levers—policy, culture, market incentives—and you have to assess what the weight of each variable is. Those are really hard things to study, but it would be very helpful for people trying to make change and create the right formula of interventions to ensure domestic work can be dignified, family-sustaining work.