What Happens When You Raise the Minimum Wage? A Q&A with Arin Dube 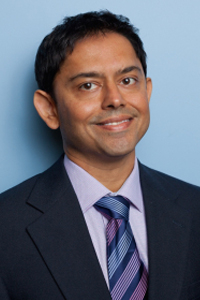 Arindrajit Dube is a member of the WorkRise leadership board and is a leading expert on the minimum wage. Dube is professor of economics at the University of Massachusetts at Amherst. His work focuses on labor economics, health economics, public finance, and political economy. His current areas of research include minimum wage effects on employment and inequality, fairness concerns at the workplace, competition in the labor market, the interplay of behavioral biases and labor market competition, fiscal policy in local labor markets, and firm wage policies in explaining the growth in inequality.

His studies are widely cited in media coverage of minimum wage policies and his commentaries have appeared in the New York Times, Washington Post, and other top-tier outlets. He is currently a research associate at the National Bureau of Economic Research and a research fellow at IZA. Dube received his doctoral degree in economics from the University of Chicago.

In this conversation with Elisabeth Jacobs, WorkRise’s deputy director, Dube reflects on the politics of the minimum wage debate and key findings from his own research on the impact of minimum wages on a variety of outcomes, including jobs.

EJ: You have spent your career researching minimum wage increases and their effects on employment and other outcomes. We know from your research that raising the minimum wage reduces poverty and raises household incomes. Do we know anything about the relationship between minimum wage and economic mobility?

AD: Through my research, I’ve found raising the minimum wage by 10 percent may reduce poverty by 2 to 5 percent, which is a sizeable change. I also find that increases in the minimum wage end up saving taxpayers 35 cents on the dollar from reductions in public assistance.

On the question of intragenerational mobility—wage and earnings growth across a worker’s lifetime—there is strong evidence that higher minimum wages lead to greater wage growth. In terms of intergenerational mobility, that’s harder to measure. It would be fascinating to get a better handle on what happens to children of minimum wage workers, for example. Presumably via greater human capital, health, capital accumulation, and higher wages could have long-run benefits. But job losses that might result from higher wages could have negative impacts. Teasing out the longer-run effects should be an arena for future research.

This notion that minimum-wage workers are middle-class teens working a summer job is pretty dated. Today, many of these workers are in their 20s and 30s, often with families and trying to make ends meet.

EJ: Those who oppose the $15 minimum wage say it makes sense in a high-cost city like Seattle but would not in rural areas or smaller cities. What about indexing minimum wage increases to local median wages to better reflect variations in costs of living? This is an idea you explored in a 2014 Hamilton Project policy proposal.

AD: We probably do want to have different minimum wages in different places. There are legitimate uncertainties about the feasibility of a $15 minimum wage in many places across the US. We see higher wages and a willingness to raise wages in higher-cost states, like Massachusetts and California. An interesting side note is that many red states preempt cities from raising minimum wages, which is one of the reasons most of the cities with higher minimum wages are in blue states. Which works out because blue states tend to have higher costs of living.

But is that the only we can do things? No, there are other reasonable scenarios where you have federal minimum wages vary by region. In Oregon, for example, there are three zones for the minimum wage, one for Portland, one for smaller metropolitan areas, and one for rural areas. And it seems to be a reasonable policy and working fine. There may be reluctance to have variation because it’s simpler to have a single number as the federal standard and go beyond that. But that is not the only way to approach minimum wages. There is room for policy experimentation at the local level, but it’s also important that we have a federal floor or standard.

EJ: As we’ve noted, some states have passed higher minimum wages by letting voters decide. Florida voters overwhelmingly approved a ballot measure to gradually increase the minimum age to $15 by 2026. Polling shows that two-thirds of Americans support a $15 minimum wage. What are your thoughts on the divergence of the popularity of raising minimum wages and the difficulty of passing minimum wage laws legislatively?

If you go back to the 1980s and 1990s, the politics of minimum wage in the US and the UK were quite similar. During both periods, you saw an erosion of the minimum wage under Ronald Reagan and Margaret Thatcher and then subsequent increases under Bill Clinton and the first-ever national minimum wage set in the UK under Tony Blair. The UK national minimum wage was controversial when it happened and was opposed by business and the Conservative Party. But things changed in 1997 when the UK government established the Low Pay Commission, an independent body that advises the government on what the minimum wage should be. The commission is composed of employers, unions, and researchers, who evaluate the effects of minimum wage increases by econometrics and by talking to business owners and workers.

The debate, which had been as politically contentious as it is in the US, became more based on evidence. Over the course of two decades, the minimum wage in the UK became incredibly popular and stopped being a partisan issue. (Workers older than 25 in the UK earn a slightly higher wage, called the national living wage. Soon, this will apply to workers ages 23 and older.) The Conservative Party raised the minimum wage on two separate occasions, so now it is almost two-thirds of the median wage. One reason for these changes could be that the Low Pay Commission helps to build consensus. I wonder if something like that in the US could help diffuse some of the tensions and ideological approach to minimum wage.

We probably do want to have different minimum wages in different places. There are legitimate uncertainties about the feasibility of a $15 minimum wage in many places across the US.

AD: I’ll say a little bit about my research, and then I’ll say why I think it’s important to continue to do more research, even though minimum wage is a heavily researched topic. In 2019, my colleagues and I published a paper in the Quarterly Journal of Economics that tried to provide a more comprehensive assessment of the effects of minimum wages on low-wage jobs. We looked at effects on low-wage jobs that pay slightly at or above the minimum wage and at jobs across the distribution.

When looking at minimum wage increases up to 2016, we found these increases didn’t seem to have much of an impact on jobs. We then looked at what happens when the minimum wage is 50 to 60 percent of the median wage and didn’t see evidence of job losses at those levels. That was an encouraging finding. In 2014, as I wrote my Hamilton Project policy memo, I thought maybe 55 percent of the median wage was a safe place to land for many places. But in the past five years, we have expanded the evidence base substantially, and the evidence has continued to be positive.

In a recent paper, we looked at 21 large cities that raised minimum wages. Some had raised them as much as 80 percent of median wages. And yet, looking over a long period of time, we didn’t see evidence of a reduction in low-wage jobs compared with other cities. In these papers, we also tried to grapple with why other researchers have found different evidence and why this continues to be a contentious issue.

One of the cities we studied was Seattle, yet a group of University of Washington (UW) researchers studied impacts of the Seattle minimum wage ordinance passed in 2014 and came to a different conclusion. One reason is that they were using data from Washington State only and trying to find areas in the state to compare to Seattle to create a control group. But there aren’t comparable areas to Seattle in Washington, as wage growth in Seattle has been high since the technology boom.

In 2016, Seattle’s minimum wage went from $11 to $13 per hour for large employers, and the UW researchers found a 9 percent loss in jobs earning less than $19 per hour. But it turns out many more jobs were being created above $19 per hour. The result is less about lower-wage jobs being lost than it is about higher-wage jobs being created. And in Seattle’s case, the loss of jobs paying less than $19 was less about the effect of the minimum wage ordinance than about the entire wage distribution shifting upward. When we compared Seattle in our analysis to similar “superstar” cities across the US, you see a similar result. Interestingly, the same researchers recently used a different approach—following workers instead of counting jobs—and found much smaller estimates of job losses (around one-tenth as large).

EJ: At the same time cities and states are raising minimum wages, major retailers are also voluntarily raising them. Amazon raised its minimum wage to $15 per hour in 2018 and has been vocal of its support of raising the federal minimum wage. Costco announced it was implementing a $16 minimum wage. Walmart’s minimum wage is $11 per hour and recently announced pay increases for a subset of employees. Are these companies updating their policies based on evidence, or is there another reason why this might be happening?

AD: These changes show these companies aren’t just engaging in cheap talk. In a forthcoming paper, we surveyed Walmart workers and found that $11 per hour was binding, particularly in low-wage states. Something like one-third of minimum wage workers in low-wage states make $11 per hour. Research from economist Ellora Derenoncourt and others shows that voluntary wage increases by major employers have spillover effects to other firms.

To me, it shows companies have pursued different business strategies, such as a low-wage, high-turnover strategy or a higher-wage, lower-turnover strategy. Historically, Walmart has pursued a low-wage strategy, but we will see if that continues. We do have some evidence that shows Walmart’s wages have had a negative effect on wages of other retailers, particularly in competing grocery stores. There has been a shift partly because of the national Fight for $15 campaign, combined with the tightening labor market. It will be insufficient to simply rely on voluntary standards to accomplish what a true statutory minimum wage would do. But it is interesting to understand why and how businesses have chosen their different labor market strategies.

Impact of Minimum Wages: Review of the International Evidence

City Limits: What Do Local-Area Minimum Wages Do?

The Effect of Minimum Wages on Low-Wage Jobs